On Monday, I headed along to the Searsons/Tindal Wine Tasting at the Marker Hotel. I was there last year too. It’s great value at €15 and runs from 6pm until 9pm. 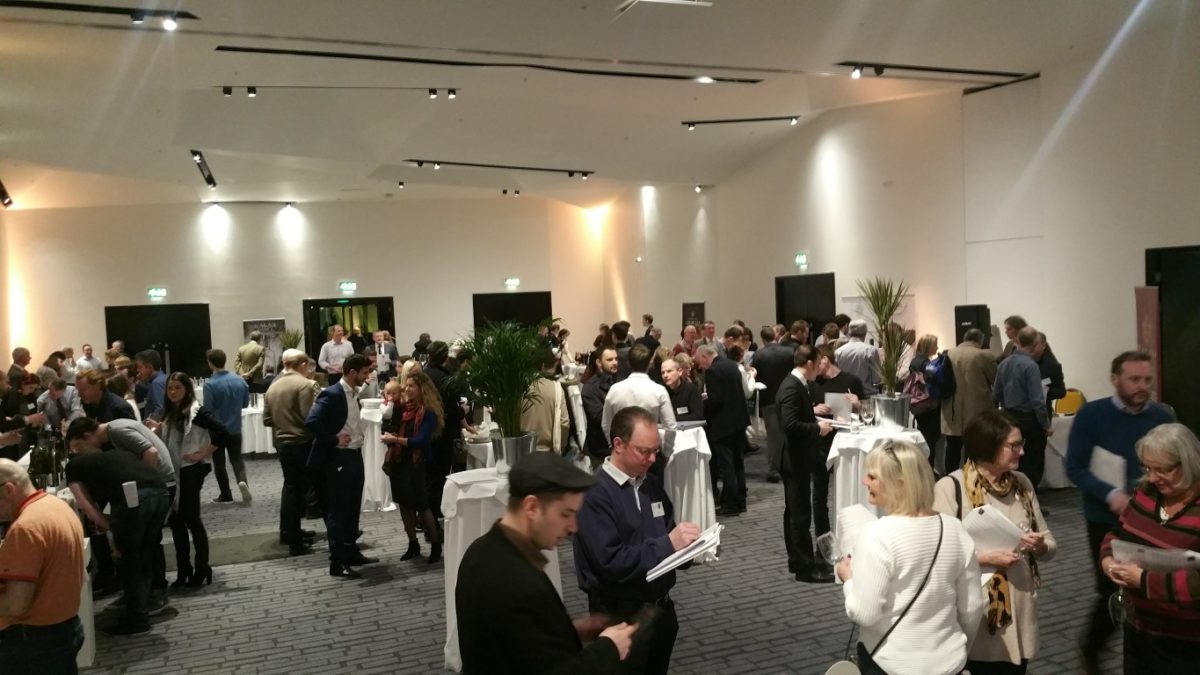 It wasn’t quite as epic as last year in that the snacks (cheese, crackers, bread and meats) were not replenished. Last year, Dungarvan Brewing had a stand too. They left after about an hour and just left their beer on the table. Not too many people were going over to them at first but nearer the end of the evening, I think people were winding down so I jumped behind their desk to talk to people about the beer and serve generous samples in the water glasses.

It also seemed to lack as much choice but perhaps my memory of last year is somewhat clouded. It certainly didn’t seem as busy as last year. 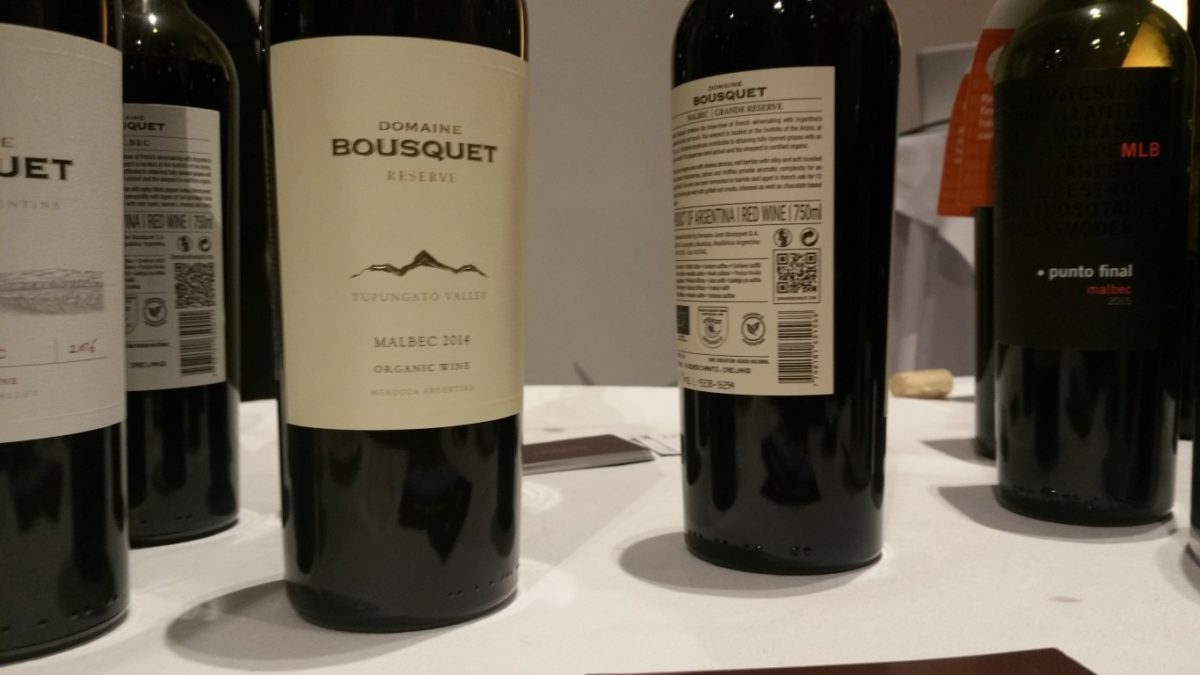 This year, there were apparently 35 wine producers from more than 40 regions with a total of about 120 wines. I didn’t count to verify but there were 25 tables with an average of 6 wines per table. A few tables had 3 or 4 but many had more than 8 so it’s possible there was a lot more than 120 different wines. There was also 3 other tables. One with Poacher’s tonic water, one with Blackwater gin and one with Kalak vodka. 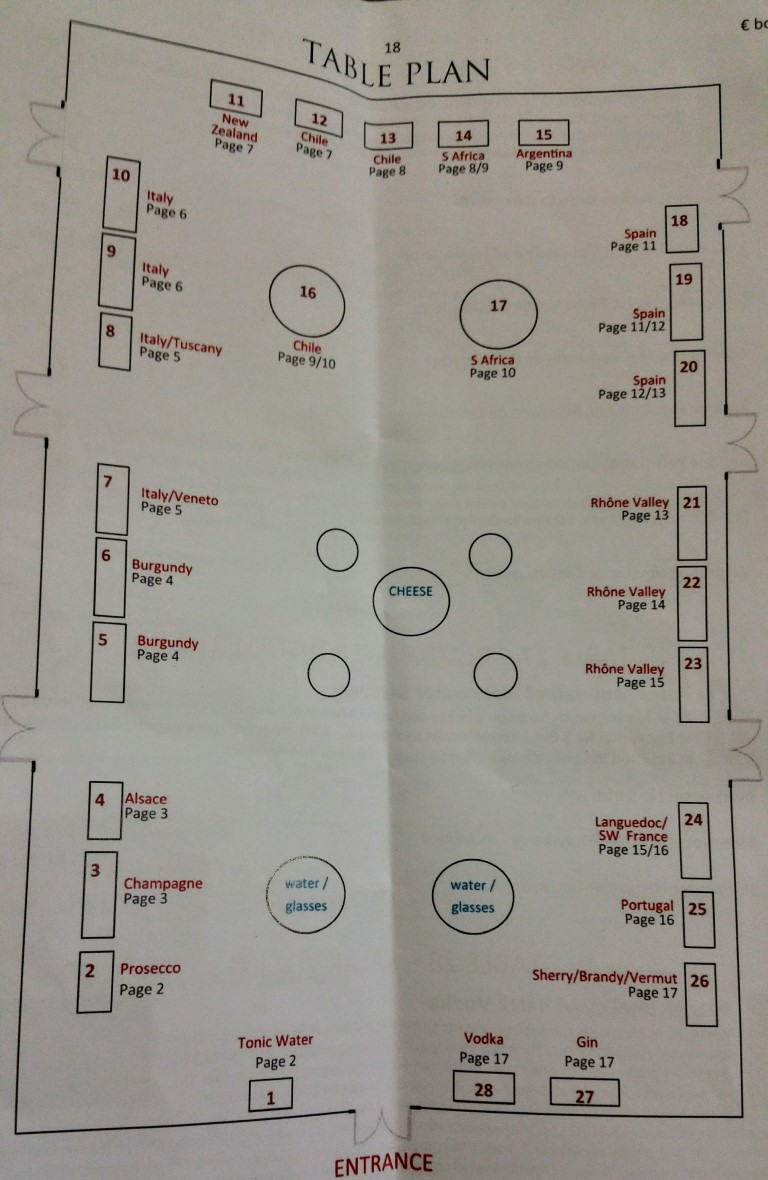 I skipped past tables 1-4 and started on tables 5 and 6, Burgundy. I had two wines there with an intention of getting back but time got away from me. The following log of wines is more for my personal records of what to look out for but if it helps anyone else pick something, that’s great. Of course taste is subjective so these are only the wines that I enjoyed or didn’t enjoy as the case may be.

Table 7 then was Italy, Veneto and the Zenato winery. I had three wines there.

Table 8 was still Italy but this time the Tuscany region. I had three wines again but they weren’t great. They were all from Badia a Coltibuono.

I skipped table 9 and moved on to Table 10 which was still Italy and the Vini Fantini winery.

Table 11 was New Zealand. I had 5 of the 6 wines available. I’ll be heading to New Zealand in June so it would be rude not to do as much homework as I could. I do love New Zealand wine. This was all from the Craggy Range winery near Hastings. They have vineyards in three areas: Martinborough, Hawke’s Bay and Marlborough.

Table 12 was Chile and the Emiliana organic vineyard. All of their wines seem to be €13.95

Skipping on to Table 15 and Argentina with the Domaine Bousquet winery.

Table 17 is South Africa with the Bouchard Finlayston vineyard. I had excellent 5 wines here.

Table 18 was Spain and a table full of sweet wines. The only one I bothered to even note down was La Báscula, The Charge, Rioja – €16.95 and my note says too fruity. I moved on to the next table which was also Spain. This was the Tomàs Cusiné winery. Carlos Mora was doing the tasting and was excellent. I had every single one of his six wines.

Table 20 is still Spain and the Luis Cañas vineyard. Iñaki Cámara was brilliant in his presentation.

Table 20 is the last of Spain and the Cair vineyard which was also represented by Luis Cañas.

Table 22 is the Rhone Valley. The only vineyard I got to was Domaine Boisson.

Table 24 is the Languedoc region shared by Château D’Anglès and Jean-Luc Baldès.

Pretty much last of my notes now and table 25 which was Portugal and Dow’s Port. The lovely Isabel walked me through 8 of them. Everything from the 2013, €16.95 bottle of Tuella, Symington estates port which was pretty good to the 1985, €120 bottle of Dow’s vintage port. It was bloody good.

I had a little gin and vodka then and while talking to Pete from Blackwater, we decided that it’s juniper berries that I don’t really like. I can drink gin in small amounts but for the most part, I don’t like it much.